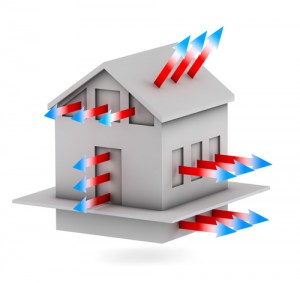 Households in England and Wales cut their energy use by a quarter over a six year period, according to the Office for National Statisitics.

Customers have faced steep increases in bills over the period, and may be economising as a result.

The regulator, Ofgem, said that bills have risen by 28% in the last three years.

But increasing use of energy efficiency measures, such as insulation, double-glazing and new boilers, may also be playing its part.

“This fall in consumption shows how effective it is to insulate your home,” said a spokesman for Energy UK, which represents Britain’s energy suppliers.

“Britain’s homes are notoriously leaky and energy companies have been busy improving properties to make them warmer and easier to heat,” he said

This site uses cookies. By continuing to browse the site, you are agreeing to our use of cookies.

We may request cookies to be set on your device. We use cookies to let us know when you visit our websites, how you interact with us, to enrich your user experience, and to customize your relationship with our website.

Click on the different category headings to find out more. You can also change some of your preferences. Note that blocking some types of cookies may impact your experience on our websites and the services we are able to offer.

These cookies are strictly necessary to provide you with services available through our website and to use some of its features.

Because these cookies are strictly necessary to deliver the website, you cannot refuse them without impacting how our site functions. You can block or delete them by changing your browser settings and force blocking all cookies on this website.

We also use different external services like Google Webfonts, Google Maps and external Video providers. Since these providers may collect personal data like your IP address we allow you to block them here. Please be aware that this might heavily reduce the functionality and appearance of our site. Changes will take effect once you reload the page.